Q1. Damini is twice as old as Hari. Had is 5 years older than Nipa. In 5 years, Damini will be three times as old as Nipa. How old is Hari now?

Q3. Select the term that relates to the fourth term in the same way as the first term relates to the second term.
Beer : Fermentation : : ? : Decomposition

Q4. Pointing to a photograph, Neha says "She is the daughter of the only son of my maternal grandmother". Whom she is pointing at?

Q6. Consider the given statement and decide which of the given assumptions is/are implicit in the statement.

Statement:
The chauffeur was worried as the car fuel gauge showed below red indicator.
Assumption:
1. There may be leak in the fuel tank.
2. The chauffeur should locate a petrol pump.

Q7. Four words have been given of which three are alike in some way and one is different. Choose the odd one out.

Q10. You are given a question and two statements. Identify which of the statements is/are necessary/sufficient to answer the question.

Q13. Read the given question and decide which of the following statements is/are sufficient to answer the question.

Q17. Find the next figure for the given series: 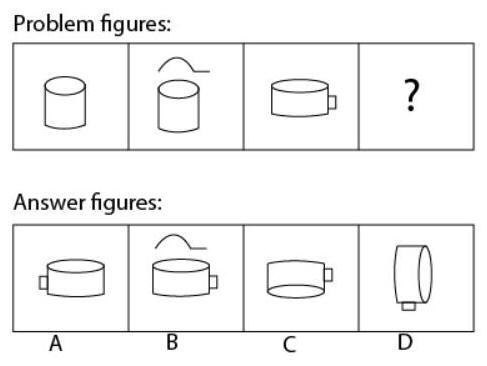 Q19. Which of the option figures bears the closest resemblance to the question figure? 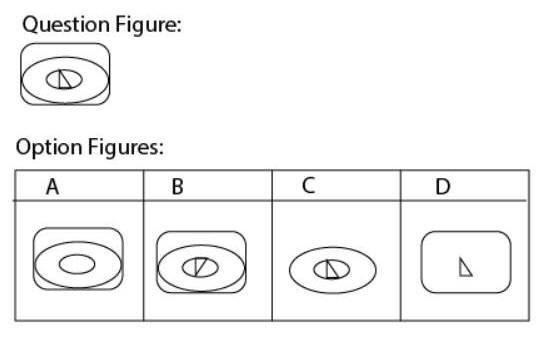 Q20. Choose the correct picture from the below options that fits the blank space? 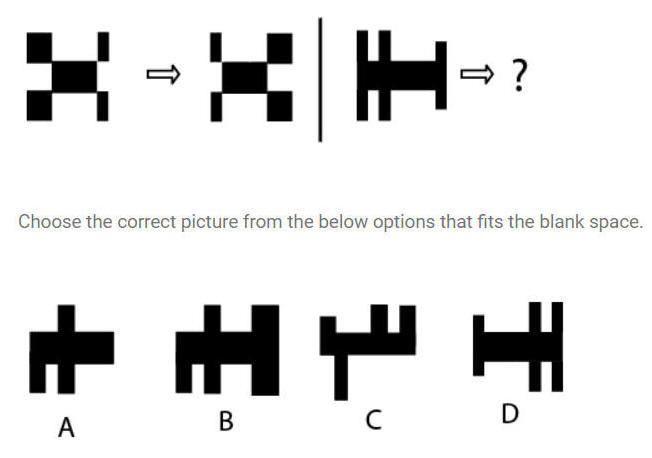 Q22. Mallika is cleaning the bi-framed group-photo of her friend’s portrait that adoms her living room. She had laid it flat on the floor. The top side of the frame points to the west. She starts cleaning from the south-east comer and then diagonally moves her hand to the opposite side. Which direction is her hand now?

Q23. Choose the figure that si different from the rest.

Q24. You are given a question and two statements. Identify which of the statements is are sufficient to answer the question.

Q25. Consider the following statement and decide which of the conclusions logically follows from the statements.

Q26. Find the figure that will come in the place of question mark from the answer figures.

How many rectangles are there in the above figure?

Q30. Read the given argument and assumptions carefully and select which of the assumptions logically follow(s) from the argument

Argument:
• A notice in the highway reads "Maximum Speed limit is 60 Km/Hr"
Assumption:
1. People generally ignore such notices.
2. People will avoid over speeding and follow the rules.