Q1. Count the number of triangles in the figure.

Statement: Our office is located in sixth floor. If a building has more than two floors, then it will have a lift.
Conclusions:
I. Right from first floor to the last, each floor can be reached by a lift.
II. Fifth floor do not have a lift.

The figure that does not belong to the group is

Q6. Find the number of squares in the following figure. 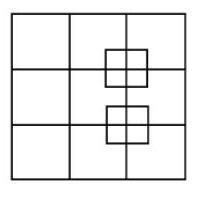 Q8. Select the option that can replace the question mark (?) in the following series. 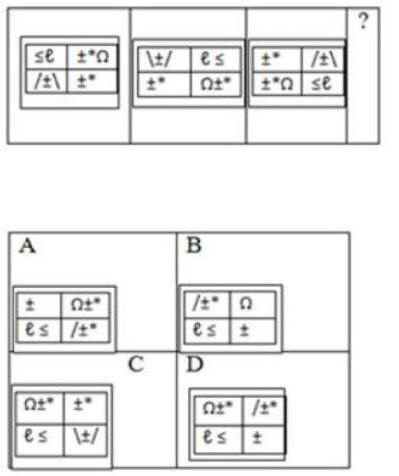 Q9. Consider the given statements to be true even if they seem to be at variance with the commonly known facts and decide 8 which of the given conclusions logically follows from the statements.

Statements:
Some Penguins are Peacocks.
All the Peacocks are Snakes.
Conclusions:
1. Some penguins are snakes.
2. No peacock is a penguin.

Q11. Select the option figure that will complete the series of question figures. 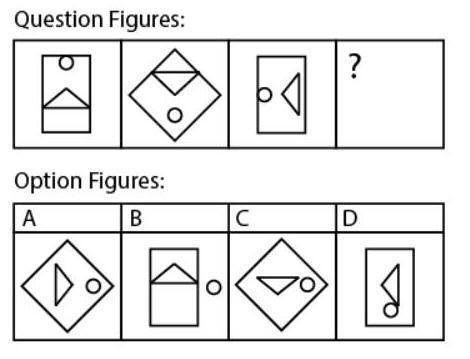 Q13. In a group of 100 students, every student studies 8 subjects and every subject is studied by 10 students. The number of subjects are :

Q14. Choose the mirror image for the following figure.

Q17. Select the institution that does not belong to the group.

Q18. Pointing to a woman. Raghav said. "Her son is my daughter's uncle". How is the woman related to Raghav?

Q21. Which of the following plants is NOT a Thallophyta?

Statement: Sound is produced when something. Vibrates. The vibrating body causes the medium around it to vibrate. Conclusions:

I. By medium, they mean only Air
II. Sound is produced by vibration 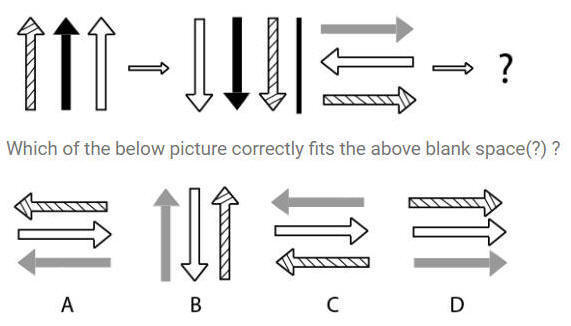 Q24. Which of the following statements is/are true?

A. Rigidity: According to the type of matter, shape differs, depending upon location of particles. Eg, solids have definite shape while liquids acquire the shape of their container and gases, as such, don't have any shape.
B. Compressibility: It is the property of matter to allow a decrease in volume under high pressure and gases show this property.

Q25. How many triangles are there in the following figure? 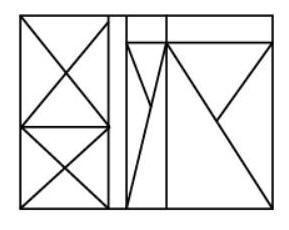 Q26. Nandini is sister of Vani. How is Nandini's only sister's fathers father related to Vani?

Q27. Supriya is playing chess with pallavi. If Supriya is facing North direction, in which direction Pallavi is facing considering the standard chess seating position?

Q28. Find the next figure for the given series: 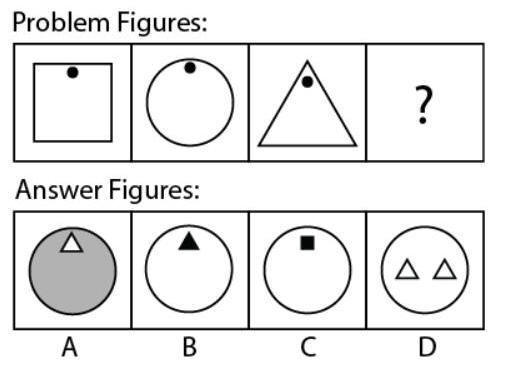 Q30. Find the odd one out:
Ostrich, Crow, Pigeon, Sparrow.