Q1. Read the statements and identify the logically correct conclusion from the given information.

Q2. Which of the statements is sufficient to answer the question?
Find the total number of students in a class if the class has some boys and girls.

Q3. In a code language. TURN is written as STQM What is the code for LIMP?

Q5. Kalyan is twice as old as his sister and five times younger than his father. After two years their combined age will be 58. How old is Kalyan's sister now?

Q6. If east becomes north-east, what will be north become? 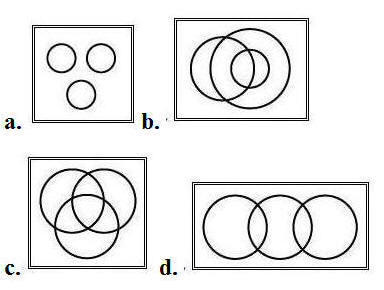 Q9. A statement is followed by two arguments. Decide which of the arguments is/are strong with respect to the statement.

Statement: Too much of pain killer affects the liver.
Arguments:
i. Yes, for all small aches we should avoid taking pain killers.
ii. No, when we have the comfort of gulping a tablet; why to bear the pain? 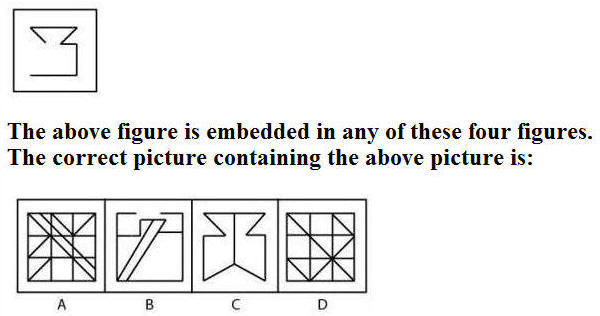 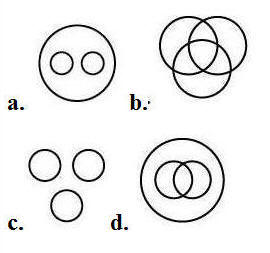 Q13. Out of the four option figures, three are similar in a certain manner. However, one figure is NOT like the other three.
Select the figure which is different from the rest.

Q15. How is Srilekha's brother's only sister's father's sister related to her?

Statement: Young entrepreneurs should be encouraged.
Arguments:
1. Yes, it helps in the industrial development of the country and reduces the burden on the employment market.
2. No They are not experienced and may make losses.

Q18. You are given a question and two statements. Identify which of the statements is/are necessary/sufficient to answer the question.
How is Rajesh related to Vijay?

Statement:
I. Rajesh is the only son of Vijay's mother-in-law.
II. Veena is Rajesh's only sister.

Q20. Pointing to a man. Pankaj said. "He is the brother of my uncle's daughter". How is this man related to Pankaj ?

Q22. Choose the correct mirror image for the following figure. 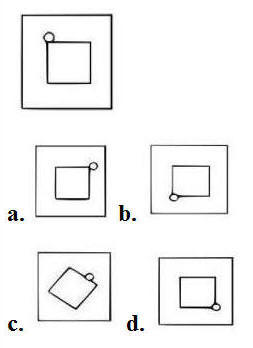 Q23. Read the following statements and the conclusions that follow. Decide which of the two conclusions follow from the given statements.

Statements:
• All the cots are hotels.
• All hotels are sheets.
Conclusions:
1. Some cots are not sheets.
2. Some sheets are cots.

Q25. A statement is followed by two arguments. Decide which of the arguments is/are strong with respect to the statement.

Statement: Should income tax be abolished in developed countries?
Arguments:
1. Yes, it will motivate to earn more.
2. No, people must learn to share their wealth for the betterment of other people. 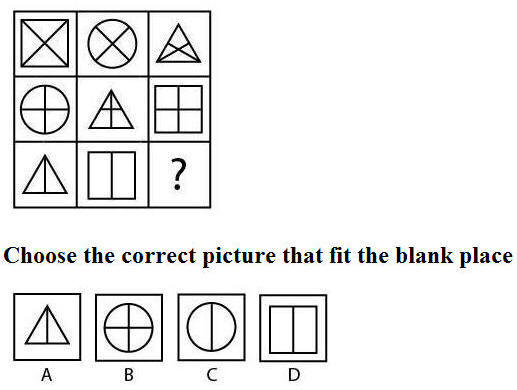 Q27. Which one does not belong to the group ?

Q28. A statement followed by some conclusions are given below

Statement: Based on his performance, Rajesh got a poor rating in his office.

Conclusions:
I. Rajesh did not perform well.
II. The rating given to Rajesh was not up to the mark.

Find which of the given conclusions logically follow from the given statement.

Q30. If KNIFE is coded as MPKHG, then what does the code DTGCF stand for ?