Coordinate Geometry is also called Analytical Geometry. It is that branch of geometry in which we use two numbers called coordinates to indicate the position of a point in a plane. 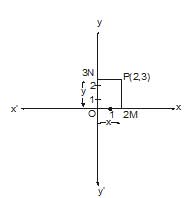 This position of the point P in the plane with respect to the coordinate axes is represented by the ordered pair (x, y) and this system is called the cartesian coordinate system.
The coordinates of the origin O are (0, 0). Also, x´ox and y´oy divide the plane into four regions called quadrants. 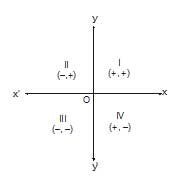 Distance between Two Points : Let P(xl,yl) and Q (x2,y2) be any two points on the plane, then the distance between P and Q is represented as PQ is given by 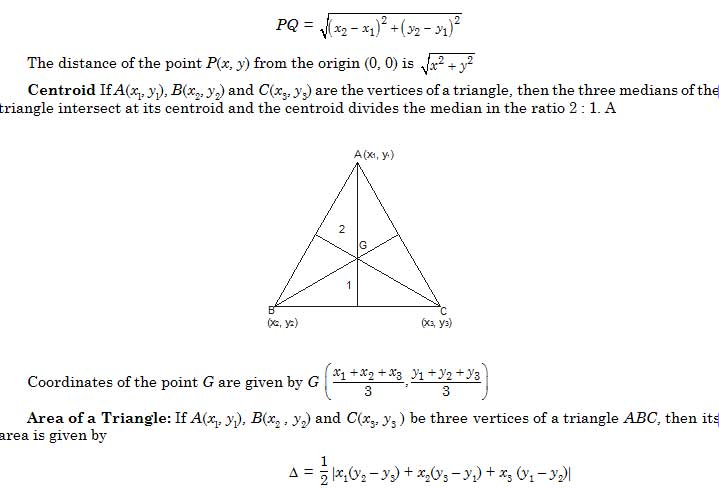